Dying is Toughest When It’s Your Best Friend

By Tj O’Connor, author of Dying to Know, Dying for the Past, and Dying to Tell

As a mystery writer, death becomes almost cliché—at least, fictional death. It’s the heart of a story and everything surrounds it. We treat death as no more than a plot and the make-believe root of our writing lives. It’s easy to forget what death really is.

In real life, it’s truly a killer.
Saying good-bye is one of the hardest thing I’ve done in my life. It was no matter that it came at the end of a long, wonderful, and full life, either. It was still hard. Gut-wrenching. Sad.

I am generally a tough guy—not a muscled bouncer or martial arts Ninja—although in my past years I could be pretty tough, too. No, I control my emotions from others’ perception and choose to most often. Friends and family have thought me removed, even unfeeling at times. That’s not from a lack of emotion—no, not all—but from an ability to take those feelings and lock them up when it’s needed. Maybe it’s from years under an abusive father. Maybe it’s from my often tumultuous past life. Or, perhaps, it’s just my way of protecting myself.

But not with Mosby. Not when it was his time. I lost my way to the emotion-lockbox. My stone exterior crumbled to tears and pain—a weeping, trembling wreck. My boy—best friend and companion—was done. Mos, my 90 pound yellow Lab had reached the end of his 14-plus years and couldn’t go on. He had tumors, cancer, arthritis, and lord only knows what else—although you’d never know it. We cared well for him and up until the last week of his life, there had been little pain but for the arthritis in his knees. A few good meds and my carrying him up and down stairs whenever he wished took care of that. He repaid me with devotion. When not stalking me for a treat or meal, he was sleeping close to my desk or at my feet watching a movie. Never complaining. Never grumbly or irritable. Never far away.
At the end, he was just done—his life was yesterday and there was no more to have. His body was failing and his dignity was nearly spent. His pure bred Lab companions—Maggie, the Chocolate, and Toby, the Black—were constant attendants. Toby walked at his side up and down the stairs whenever I was not near—gently pushing him against the wall to keep him from stumbling. Mags found me whenever the old boy needed something and I failed to noticed. He had raised them from pups and they were shouldering him in his last days.
People should have such compassion and loyalty. People should try to understand the love and devotion that Mos gave to everyone. I challenge you.

As a young dog, Mos grew up with five teenagers my wife and I raised in North Western Virginia. His favorite things were food, toys, family, food … and rules. If there was a rule in the house—for dog of child—he enforced it. If the boys were getting too rough around the basement pool table, Mos summoned me. If my cooking threatened to alert the smoke alarm, he barked a warning. If one of the other dogs were out of line, he sought their correction.

Except at Christmas time. Rules be damned.

Christmas with five teenagers was a free-for-all. And our kids always made sure they had a wrapped present for Mos and the others. And up until Christmas morning, they hid presents in their rooms out of sight and mind. Did you ever try to hide a dog toy from a Lab? Before Christmas Eve, Mos would have found each and every one of his presents and deftly opened them—so much for rules! One year, he opened my daughters closet door to dig beneath the family presents and retrieve his own. How? Because at an early age he learned to roll his nose between doorknobs and doorframe and open a door. How did he know which were his gifts and which were not? Practice.

His favorite game—other than eating—was hide and seek. One of my daughters, and later one of my grandchildren, often played with him often. She’d sneak away and hide, and within minutes, Mos had patrolled the house and sniffed her out. A bark, a pat, a treat, and he was on the chase again.

Mos was the center of the family and for good reason. He played Frisbee with everyone. Stayed close for the beer pong and pool games. Was within arm’s reach of the grandchildren as they learned to walk and play. He even sat at the dinner table—yes, in a chair—to listen to evening banter and share in the laughs. But no responsibility was as important to him as being my co-author, office mate, late-night movie partner, and constant foot-warmer. Well, perhaps dinner-time taste-tester! Even at the end in my home office, Mos barked for me to help him move from wherever he was to wherever I was—that distance could be no more than feet. If that was in the basement gym, than damn the stairs and carry him down.

Mosby died Veteran’s Day—three months ago. It’s only been a short time and I still get up in the morning and step careful beside the bed for fear I might step on him. As I work in my den, his ashes are nearby beside a ceramic likeness and a photograph. It’s taken me these three months to have the clearness of vision to write these words. Yet, I cannot say good-bye. The starch of my emotions fail me with his memory so much that I cannot bury him—should we ever leave this home, I could never leave him behind.
What a sap. What a woosie boy. What a cry-baby! No—he earned every tear I’ve shed.
My only solace is that at 14 +, he did not go because of his ailments over the years that I lined up doctors to cure. He loved life and family and dinner and toys. He reveled in the love he received from all of us. His life had been so full, it could simply take no more. There was nothing more for him and he made room for another to find this home. In time—not soon—we’ll do that.
Life is like that. It gives and takes. I think you have to give first because when it takes, it’s too late to make up for the loss. You have to pay in advance. With Mos, we paid plus interest. I know he knew that. At the end, he found the strength to climb onto my bed—something he hadn’t done in over two years—and lay his head on my lap. He wanted me to know it was time … and that it was okay.
Mosby’s his first love, Belle, passed this last week, too. Belle was Mos’ age and was my daughter’s dog. We got her thirteen years ago to be his companion while the family was at work. They grew up together and when my daughter married and moved across the county, Belle went with her. We, of course, had brought Maggie into the family by then. Like Mos, Belle succumbed to life. She was14 plus years, too, and had a full life. Losing those two so close together was devastating to us all. Strangely, one has to wonder if they were not supposed to be together. Dogs need companionship—perhaps here and there, too.
One can hope.
My current mystery series, The Gumshoe Ghost, has Hercule, a black Lab as a key character. Not because I wanted to fit into the cozy community or knew in advance having an animal was chic. I included Hercule because Labs are so much a part of my life that I couldn’t see my character not having one. In the future, the importance of a dog will have a new meaning.
I’m still surrounded by sweet, loving Labs (and another daughter’s Mastiff, too). They keep me company as I toil over my keyboard. They are a great comfort and as close to me as Mos ever was. Yet, no matter how close they are, there is still that void. 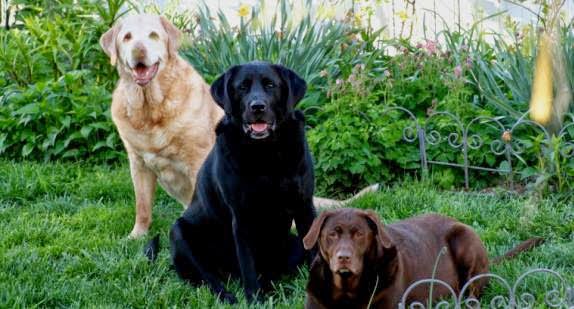 I hope it doesn’t leave too soon. Pain is a reminder of loss. I don’t mind keeping him around a little while longer—even if it’s painful. Nothing so important should be easily lost.

A lot of you will understand me having to commit this to words. For those of you who can’t—or who call me a silly man—you have no idea what you’re missing. Deep down, loss reveals something so amazing. 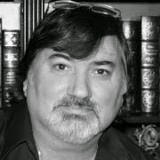 Tj O’CONNOR IS THE AUTHOR OF DYING FOR THE PAST and DYING TO KNOW, available in books stores and e-books from Midnight Ink. His third paranormal mystery, DYING TO TELL, will be released January 2016. Tj is an international security consultant specializing in anti-terrorism, investigations, and threat analysis—life experiences that drive his novels. With his former life as a government agent and years as a consultant, he has lived and worked around the world in places like Greece, Turkey, Italy, Germany, the United Kingdom, and throughout the Americas—among others. He was raised in New York’s Hudson Valley and lives with his wife and Lab companions in Virginia where they raised five children. Dying for the Past and Dying To Know are the first of eight novels to be published.  Learn more about Tj’s world at www.tjoconnor.com and on Facebook at https://www.facebook.com/TjOConnor.Author