Tj O’Connor is a thriller and mystery author living outside Washington DC. His latest novel, The Hemingway Deception, will be out March 28, 2023 from Suspense Publishing.

Tj’s previous thriller, The Consultant, was the 2019 American Fiction Award Winner for both Mystery/Suspense and Political Thrillers, the 2018 Gold Medal Winner from the Military Writers Society of America, and a 2019 Finalist for the 2018 Silver Falchion and Foreword Reviews’ Indies Book of the Year . . .as well as other accolades.

Tj began writing in grade school and continued to dabble through his career as a military federal agent with the Air Force OSI, where he was an anti-terrorism agent and investigator, and through his years as a senior executive and international security consultant. His publishing career began with Dying to Know, a paranormal mystery, in 2014. Thereafter, he published two sequels to the Dead Detective Casefiles—Dying for the Past and Dying to Tell, and a standalone paranormal mystery, New Sins for Old Scores. Dying to Know won the 2015 Gold Medal from the Independent Publishers Book Awards (IPPY) for mysteries, a 2015 Bronze Medal from the Readers Favorite Book Reviews, and it was a Finalist for both a 2015 Silver Falchion Award and the 2014 Foreword Reviews’ INDIEFAB Mystery Book of the Year. Presently, his fourth Dead Detective Casefile, Dying with a Secret, is under review for publication in 2022.

Aside from writing, Tj is an independent security consultant in Northern Virginia, specializing in anti-terrorism, investigations, and threat analysis—life experiences that drive his novels. With his former life as a government agent and years as a consultant, he has lived and worked around the world in places like Greece, Turkey, Italy, Germany, the United Kingdom, and throughout the Americas—among others.

Tj was born in Worcester, Massachusetts, and was raised in New York’s Hudson Valley. His loves include writing, reading, cooking, Harley Davidson motorcycles, working for children’s charities, and hanging with his lab companions, Tobias, Annie Rose, and Sawyer—and of course, his wife! They continue to live in Virginia surrounded by their Labs, adult children, and a growing brood of grandchildren. 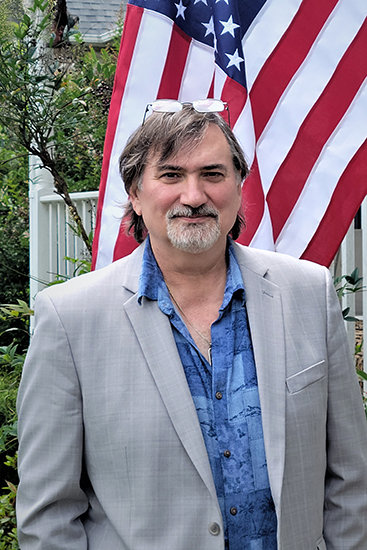