Dying For The Malice In All Of Us 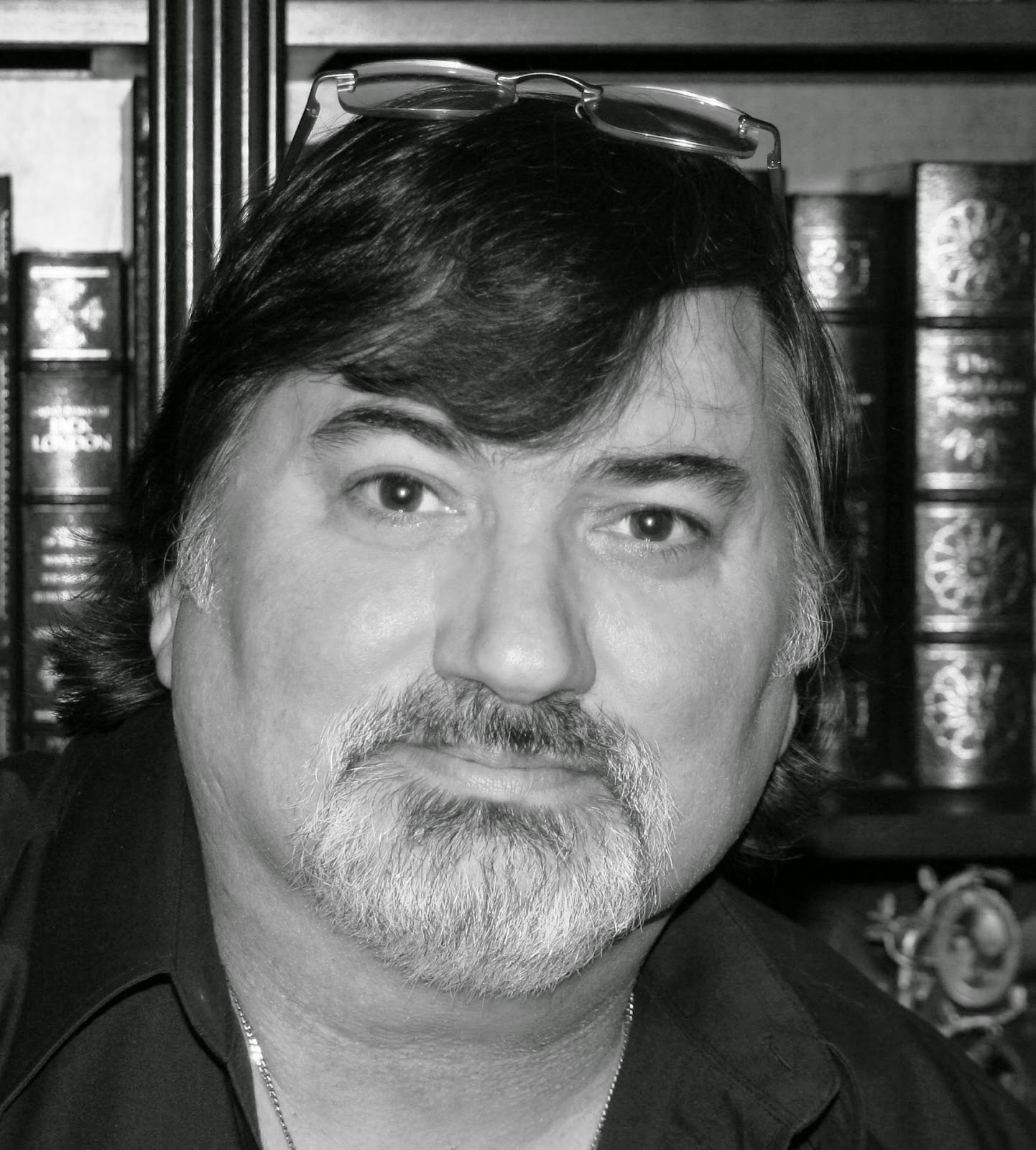 Third time’s a charm …
Three years ago, I attended my first writer’s conference—Malice Domestic—and spent the entire three days scratching my head and trying to figure out where I belonged in this new world of cozy-mystery authors. When I came home, I said, “Nowhere.”
Of course I felt out of place. My debut novel, Dying to Know, was not yet out. I knew no one, and while I’ve never been one to stay shyly secluded somewhere, I still felt the odd-man-out. Perhaps it was that I didn’t consider myself a cozy writer. Perhaps it was that I was one of very few guys who had written a cozy (I did by accident), or perhaps it was simply that being surrounded by so many talented authors—most of which were ladies—was intimidating. I hadn’t been a rookie at anything for a couple decades and being one then scared the holy crap out of me. I’d say holy shit, but as a cozy writer, you sort of keep the colorful language to yourself … oops.
What a silly man I am.
This year, I was no longer a complete rookie. Book II, Dying for the Past, was out and I’d spent a good many weekends touring around talking about my book, signing, and begging for as many listeners as I could get. Malice this year wasn’t any different in that regard—I’m still begging for fans—but I began to feel a little at home with this crowd of amazing authors and fans.
And damn, a few fans actually came up to me and asked, “Are you Tj O’Connor? I loved your book … would you sign …” Holy crap on a peanut butter sandwich. They loved Dying to Know and Dying for the Past. And, yes, you heard it right. I actually have a few fans! And, no, they’re not family, I didn’t pay them, and no one put them up to a joke. Fans. Real, breathing, reading fans. Who would think? 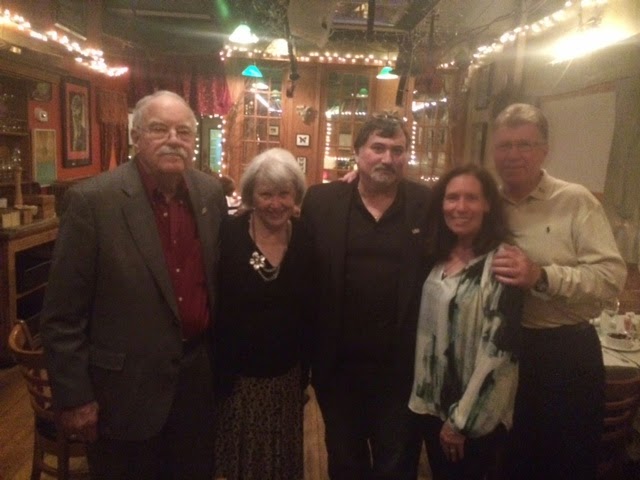 Malice was a terrific three days on the heels of an extraordinary guest speaking gig in Upstate New Jersey at the Children’s Special Hospital Charity, where I had the extraordinary pleasure of dining with my dear friends, Tom and Gale Sloan, and American Hero—Jerry Parr—the man who saved Ronald Reagan’s life—and his hugely successful and graceful wife, Carolyn, who is a retired Federal Judge (more on this one in another blog later). I sold a bunch of books, met some great people, and helped a little with the coffers of a great charity.

How on earth do you follow that one up?

Good books. Good friends. Good times.
During the weekend at Malice Domestic, I spent most of my time meeting new friends and fans (lord that sounds funny to say out loud … fans…) and swapping stories with fellow authors about how we’re muddling through this wacky business. I had the greatest time chatting and having a few drinks with my editor—the grande dame of Midnight Ink (my publisher)—Terri Bischoff, whom has single-handedly made life as a new-guy so much more bearable this past year that I don’t think she knows it.
But there were other highlights, too, that have pulled me into this family of cozy-writers. 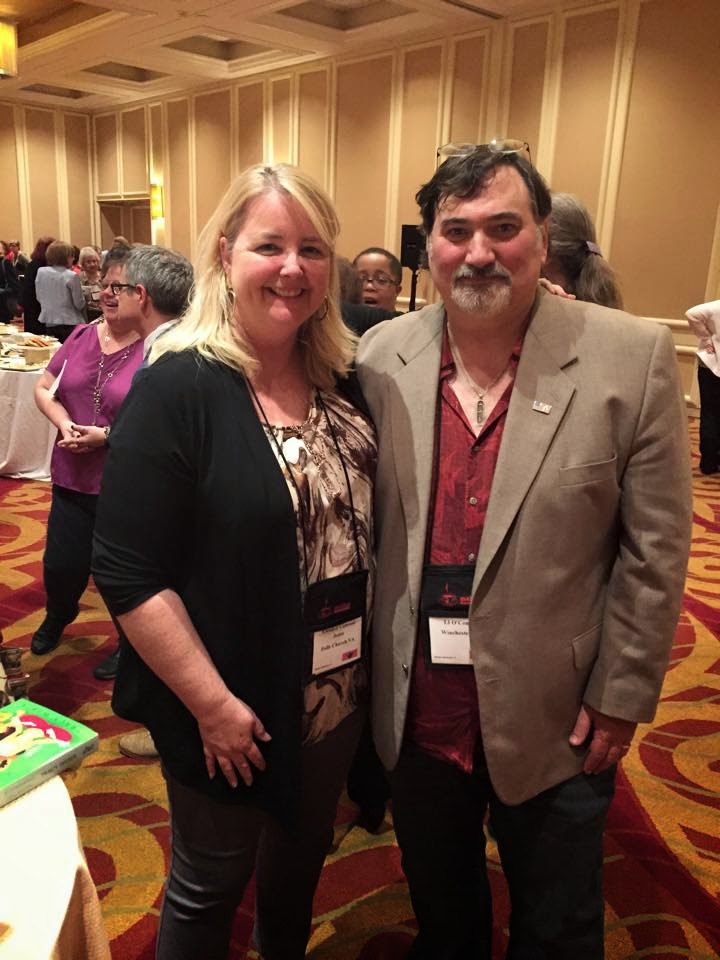 First, there was the Midnight Ink dessert bash Friday night to celebrate 10 Years in the biz. We had amazing sweets, met some fantastic fans (there it is again … fans…), and had fun giving away a stack of books and signing for those lucky enough to get to the table first. But, being the loyal mystery readers they are, after I ran out of free books to sign, several bought them and had me sign on Saturday and Sunday. Thank you to all of you who made my day!

Second, there was the awards banquet for some good pals who were up for prestigious awards. It was bittersweet on a couple where friend vs. friend meant one would win and one would lose. Dinner was ehhh, but dessert —oh, la, la—(and I rarely indulge, although you wouldn’t believe that to look at me these days!) Speeches are speeches, but the event was grand. I had the distinct pleasure of sitting with my good friends—old and new—at Tracy Weber’s table. We were all rooting for her to win best first novel for Murder Strikes a Pose. Alas, it was not to be, but it’s pretty clear she’ll be heading to the podium soon. 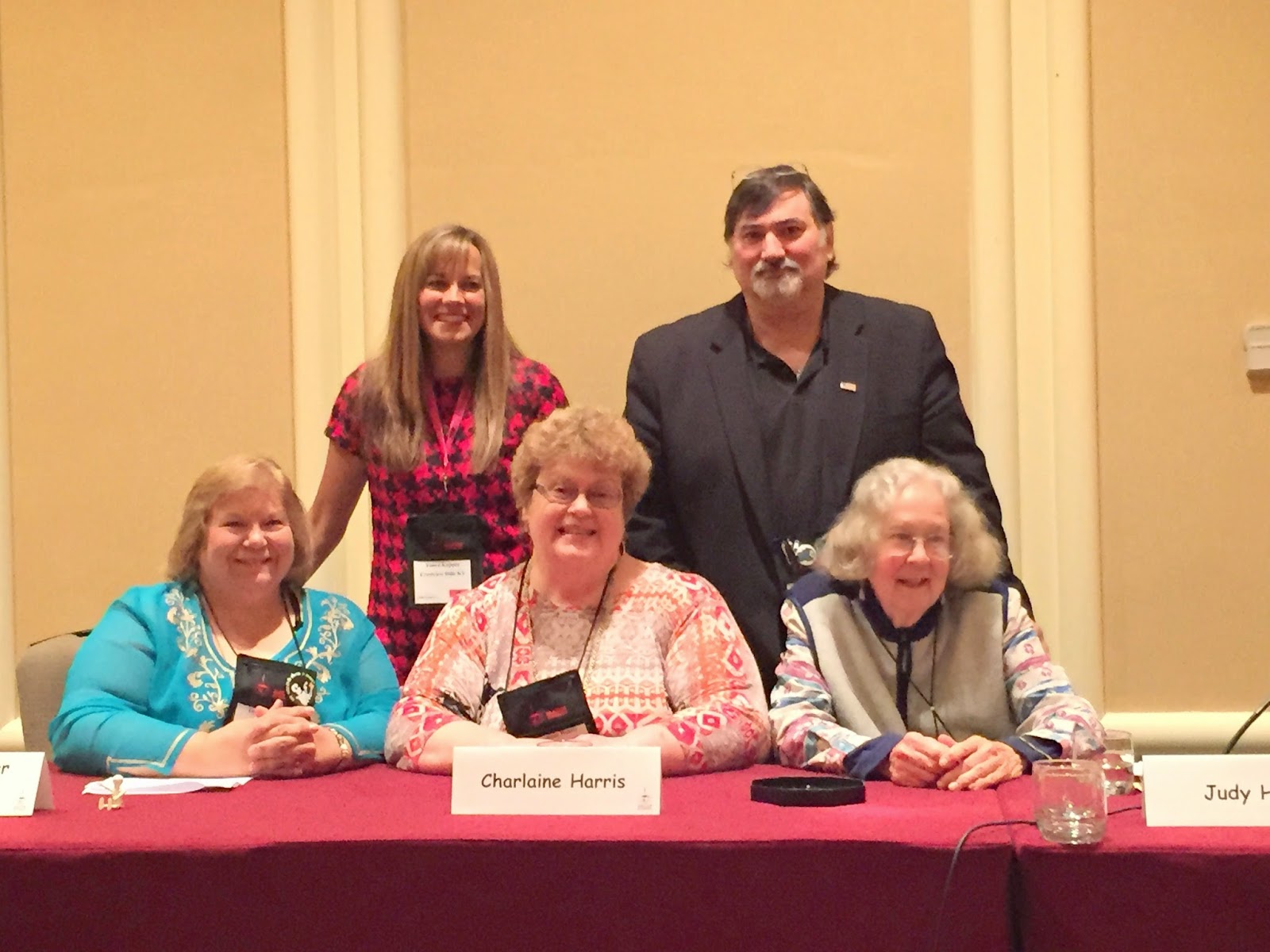 Perhaps the best event at Malice for me was the honor of being on a panel with three brilliant and charming authors during the Sunday morning Malice schedule. Our panel was Magical Mystery Tour—Paranormal Mysteries. As Tonya Kappes—a bestselling author—said, “it was a hoot!” I was thrilled to be there among fellow authors Leigh Kelner/Perry, Tonya, and the extraordinary Charlaine Harris of True Blood fame. Our moderator was Judy Hogan, a delightful author who kept the whip cracking and the questions flying for us. While I was the low guy on the totem pole with so little experience and no notable success yet, these lovely ladies treated me like I was one of them—err, a good author, not a lady. That would have been weird, right? But, yes, what a hoot.
I was exhausted by the end of my book signing Sunday and ready to call it a weekend. How to end three days on an even higher note? Not possible. Not possible at all … but wait … maybe …
An email awaited me during the event that was the cherry on top of my third Malice. My incomparable publicist, Maryglenn McCombs, sent me this notice:
Independent Publisher Book Awards (Ippy) – Mystery/Cozy/Noir—Gold Medal—Dying to Know by Tj O’Connor.
No, you didn’t misread this. Yep, it’s real. Who would have thunk it? Not me. But Maryglenn did!
Wow. Holy crap. What a week—dinner with an American hero; meeting real fans; time with my pals and colleagues; on a panel with Tonya, Leigh, and Charlaine; and now an Ippy. What next, the Nobel? Ah, no. Just kidding.
So, book fans and wannabe authors, here’s the message. Don’t quit. Write. Write some more. Keep writing. If you have the dream, you’ll never wake up if you keep writing. I’ve been so privileged these past two years to have met some of my heroes, heard from others who shouldn’t even know my name (yes, Mr. James Grady, I’m referring to you again), and had the honor of being among some great authors and some talented, aspiring ones. You can too. Just don’t stop.
All things are possible and while I’ve had a few pretty tough weeks of late, this past one wasn’t among them. I may never become famous. I may never make the bestseller list or be able to quit my real job and write for a living (not unless my wife will agree to live in someone’s basement). And I may never make it to the level of James Grady or Stephen Frey. But I do get to hang with some of the best and most gracious people I’ve ever met.
For now, that’s pretty damn good.
Tj O’CONNOR IS THE GOLD MEDAL WINNER OF THE 2015 INDEPENDENT PUBLISHERS BOOK AWARDS FOR MYSTERIES. He is the author of Dying to Know and Dying for the Past, available in bookstores and e-books from Midnight Ink. His third paranormal mystery, DYING TO TELL, will be released January 2016. He is currently working on a traditional mystery and a new thriller. Tj is an international security consultant specializing in anti-terrorism, investigations, and threat analysis—life experiences that drive his novels. With his former life as a government agent and years as a consultant, he has lived and worked around the world in places like Greece, Turkey, Italy, Germany, the United Kingdom, and throughout the Americas—among others. He was raised in New York’s Hudson Valley and lives with his wife and Lab companions in Virginia where they raised five children. Dying to Know is also a Foreword Review’s 2014 INDIEFAB Book of the Year Award finalist.
Learn about Tj’s world at:
Web Site:  www.tjoconnor.com