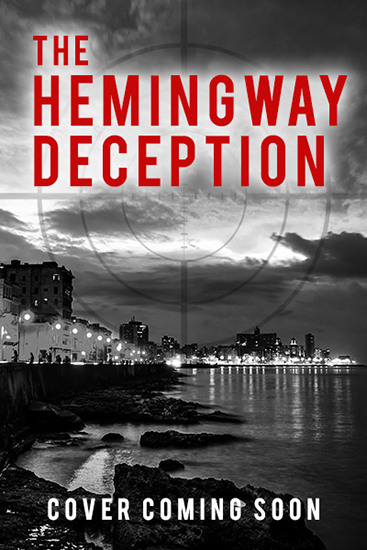 Ana Karras is running from her past.
Catalina Reyes is running toward hers.
Washington must stop them both.

Ana Karras is hiding among the millions in Manhattan, recovering from near-death at the hands of Cuban Intelligence. When she begins an ill-fated quest to find her missionary parents lost somewhere in Latin America, she’s haunted by her past and coerced into a new mission—to capture Catalina “Cat” Reyes, a rogue Cuban assassin bound for Washington. Cat’s mission could well start another Caribbean crisis. To avert a Cuban-American war, Ana must do the unthinkable—she must once again become Ana Montilla, the notorious FARC guerrilla. As Ana struggles to keep from devolving permanently into Ana Montilla, Cat must overcome past failures and reclaim her skills as Cuba’s top assassin—or die. Ana and Cat are on a collision course. Their paths are not separate, but one. Their pasts inexplicably linked. Their futures reliant on each other. Still, it’s the secrets kept from them that will be the end game. Two deadly women. One treacherous mission. What is Operation Perro? Why does everyone want Ana Karras and Cat Reyes dead? The answer is Hemingway.