Dying To Kill My Darlings … kill ’em all.

Phew, now that I got that out. Let me explain.

William Faulkner—you know, that slouch author—is famed for many things like his 1949 Nobel for Literature and The Sound and the Fury not least among them. He is also noted for giving perhaps the most sage advice authors can get—“In writing, you must all kill your darlings.” A truer statement has never been made. Oh, Bill, what a guy … if only I’d listened to you sooner.
Lesson for new authors and writers—be careful loving your own characters and story too much. When you do, three things happen: first, you can’t see your own story flaws; second, your agent and editor will see them and it hurts to hear; and third—the most painful one—you must kill them. Kill the characters you don’t need. Kill the subplot that gets in the way. Kill the clever chapters and cool action scenes that were dynamite to write and fun to read but truly don’t matter to the story.
Yes. You must kill. Coldly, with extreme prejudice.

Can you tell I’m a mystery and thriller writer? Just talking about killing my characters and subplots makes me tingle all over. (Not really, but it’s fun to say.)

This past summer, I failed to take my own advice. Yes siree, I totally let my own perceptions and love of the characters get in the way of a better story—almost. If not for my agent, the lovely and magnanimous Kimberley Cameron, I would have blown it. She saw my flaws for what they were—and the knives came out!
Let me explain.
I recently completed my new thriller, Double Effect. I’d written the original version a couple years ago with my mentor, Wally. It was written as a murder mystery with a terrorism subplot. I loved the original story and so did Wally. Unfortunately, sitting for a couple years while writing my mystery series, the Gumshoe Ghost, ended up dating the story too far back and I had to rewrite it. As I did, my mentor suddenly passed away. It was crushing to me and literally on his deathbed, he gave his last counsel on my writing—finish Double Effect as a thriller and get the damn thing done!
Off I went and there was where the trouble began. Double Effect was originally the story of a Latino street gang caught up with a cell of terrorists plotting to attack the US. The gang and the cell were at cross purposes and it caused hell to pay. Oh, there were other facets—a vixen FBI agent stumbling around, a corrupt cop, a wayward gang leader with a blood lust, and even a cell of foreign government operatives with their own agenda. All of them were in conflict with the hero, a long forgotten government operative who returned home to witness his brother’s murder. Confused yet? You should be. My agent was. My editor was. Regrettably, and the reason for this blog … I wasn’t.
I think authors suffer from the same illness sometimes. We know our stories too well and even after edits on edits, we have the story so fixed in our heads that we forget the edits changed things. So, after two full edits and rewrites of my story, all the subplots were twisted together and I totally failed to see it. I knew the underlying story and it was clear to me. I knew the characters and how they thought and moved through the story. I got it. It was great! 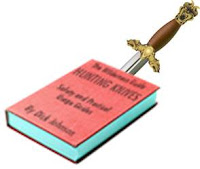 Ah, no. It wasn’t. It had potential, but only after a good bloodletting.

When my agent told me that she liked the underlying story but couldn’t get connected to the subplots, I was taken aback—aghast! What? Kill my characters? Lessen the subplots? How could you even think such a thing? I tried to explain… and I found myself tied in knots. Gulp. I’d created Frankenstein the subplot! So many moving pieces and part mystery, part thriller, and 100 proof too dense. It was two novels, not one. I just hadn’t seen it. My brain knew the story and the characters too well. I was hostage to my own novel. Those characters held me. Controlled me. Refused to allow me to let them go.
Alas, there was only one thing to do. I found a new story-line editor—enter the amazing and gifted Terri—and within a couple weeks, she untangled my story and gave me my marching orders. Cut. Kill. Rewrite. Focus …
It was painful reading her ideas and changes. There would be blood. Lots of blood. An entire subplot would require surgical extraction—a beheading of grammatical proportions! It was going to be a long few weeks and sleepless nights. Crying and teeth gnashing. Oh the horrors! Of all the humanities!
Then, one night about three a.m. (I sleep very little when I’m working on a book), it struck me like a bullet … they were right. It was time to kill them … kill them all. Those little darlings of mine who had corrupted me and forced me to protect them.  By six that morning, I’d gone through my outline and hacked away at what I needed to do. I compared my slaughter to what my new editor wanted and it was damn close. Then, through the tears and whimperings of those characters I’d given life to, it began. 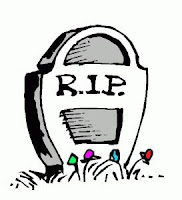 Now, for the past two weeks—weekends and late night hours until I am ready to drop—I’ve cut and slashed and killed off a chunk of Double Effect. As I continued, an amazing thing began to take place—clarity. I no longer had to justify this character or that one. I didn’t have to find a way to connect one subplot into the ending. It was painful. Bloody painful. It felt like I’d killed my best friends and had to disavow parts of my own life. But as the rewrite continues, I’m having fun with it … challenging myself at every chapter to see if something should go. I fear what I’ve become … a serial killer?

So, here’s the moral to the story for anyone who listens. Kill ’em. Kill ’em all. Step back from your own work for a few weeks before you read it again. Ask three questions for each character: does it matter if they aren’t there? What do they contribute to the ending and plot? What if I just got rid of them, what would happen? If you find yourself searching for the answers, kill ’em. And for those subplots you love so much, three more questions: How does this strengthen the ending? Does it move the story faster or slower? And of course, what if I just pulled it out—would the story notice? Again, if your heart isn’t palpitating on the answers … kill ’em.
So, for you finishing your book, sit the story down for a while. Come back in a few weeks and bring your courage. Kill ’em … kill ’em cold and fast. Kill those little darlings before they kill you.
We’ll talk again next month. 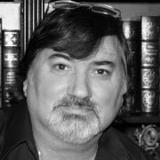