Dying and Whining … Oh the toils of being an author.

And once again, the calendar tells me I’m late …
These days, consulting eight or ten hours a day and writing all my waking hours is starting to take its toll. This morning, I was up late and assailed by my two Labs, two visiting canines—including a 165-pound Mastiff, and several of the neighborhood dogs and goats because I was not at my post in the kitchen feeding them timely. Oh, for the life of one of them!
Life as an author can sometimes be lonely and boring—sitting alone in your little office or writing nook and banging away on the keyboard. Sometimes, it’s about travelling to far places to entertain and enthrall audiences—read that, beg and plead to buy your books. And sometimes, it’s sitting at your keyboard, staring at the screen, wondering, “What the hell have I gotten myself into?”
And the answer is simply, “Exactly what you wanted—so stop whining.”
Today is one of those days where I’m overwhelmed. Work is building momentum onto my real-life, travelling is now every other weekend, and money pours from my fingertips to market my books and cajole and hunt down readers. It’s a poor-me day. I realized just an hour ago that I was late posting this blog. So, now, I sit here trying to make sense out of something worth talking about. It’s raining—and as they say in that new commercial, “Of course it’s raining.” I’m not feeling well. Another airplane awaits. Another hotel room beckons. Damn. Damn. Damn.
I need a day off. I need two or three or ten.
Stop! Stop! Stop! Isn’t this what I asked for? Isn’t this exactly where I planned to be? Let me take stock of the past few weeks and where I’m heading in the next few weeks. Certainly there is a positive message here … right?
Right. My whining is over. Coffee is kicking in. Fingers are moving again. Oh, if the damn rain would just turn into sunshine and daisies. Okay, maybe not daisies, but you get the picture. I need umph.
So, let me take stock.
Last weekend, I had the pleasure of attending the Millbrook Book Festival in Upstate New York. Millbrook is a delightful town that reminds me of my youth—as it should since I grew up just thirty minutes from there. Its streets and buildings stepped out of the 19th century and its people are friendly and endearing. Of course, not many of them showed to the festival, but eh, these things happen. Last year’s festival had standing room only. This year, not so much. But those folks who did attend were great and I actually had a chance to talk to them a little longer, tell a few stories, swoon a little more. And, as always, Sam—the festival chieftain—and her army of festival volunteers were wonderful hosts and I look forward to returning next year.
Two things made my weekend worth the eleven-hour round trip. First, I met an extraordinary young author—Jesse Saperstein. Jesse has written about life with Asperger’s called “Getting a Life With Asperger’s.” He’s amazing and was a delightful companion under our tent. Jesse also has accomplished what I dreamed of when I was his age—he backpacked the entire Appalachian Trail. No, you read that right … the entire trail. Jesse is one of those people you meet and walk away wondering why you cannot be more positive and focused and uplifting. And, sitting here, at this moment, I feel a little stupid having complained this morning. His achievements and life-perspective are remarkable. I cannot wait to see him next year and find out what new milestone he has set for the rest of us. Look at Jesse’s world at www.jesseasaperstein.com (note, the link is temporarily down, but it should be working soon.)

The second event worth my trip was my reunion with two new-old pals I met last year at the festival—Jim Holmgren and Louis Romano. Jim is an author and of all things, a clock aficionado. He skipped selling books this year and volunteered again at the festival. He’s a wonderful guy and will be joining me for dinner in Winchester in a week or so when he is enroute to a Clock conference (yes, there is such a thing) in Tennessee. Jim’s one of those guys who is warm and engaging and makes you feel important. Yet under his veneer is a ticking master author of Swiss proportions (sorry, couldn’t help myself). Lou is an author and a businessman who is knocking the world down with his books—Intercession, So You Think I’m Dead, and Besa. He writes about the Albania mob and true crime and is hoping to turn Besa into a movie soon. These two characters and I raised hell, told lies and one or two true stories, and entertained an audience during a panel discussion on our books. We shared the panel with another great author, Chris Orcutt, who dazzled the audience with quotes from Hemmingway, Aristotle, and Raymond Chandler—but I have to say, Lou and I clowned around as much as we talked serious biz. Oops, maybe we’ll focus a little more next year. I’m looking forward to it.
As I look at my calendar and think about how Jesse views all things as an opportunity, I see many of those now myself. There’s a fun book club in Erie, PA, in a week; Thriller Fest in Manhattan in July with my agent, the lovely and amazing Kimberley Cameron; a charity conference in Williamsburg, VA—Scares that Care—in July; Comic-Con in Dover, DE, in August; and The Suffolk Virginia Mystery Authors Festival (I cannot wait for this one!) in August. I’m speaking and paneling at the Mechanicsburg, PA’s Murder As You Like It mystery festival in September, and on and on into the fall. Damn … what am I complaining about? What would I be doing if not for these events to beg, er, seek an audience?
Well, truth be told, I’d be working on my new thriller and mystery. But, I can do that in hotel rooms and all my free time (wink wink). So why complain? Isn’t this exactly what I wanted?
Yep. So I’ll sit back and shut up now. I’ve whined and yawned and written this missive to get back on track. The extraordinary people I’ve met and those I will soon meet are the reason I love this writing-gig. No, really, I love this. It’s tiring and often stressful and expensive. But I wouldn’t have it any other way. One day, soon I hope, I’ll have enough fans to make each trip a little easier. If I don’t, I’ll just have to work harder and write better and whine less.
Honest, I will. You can trust me. I murder people and create anarchy for a living. It’s what I do. 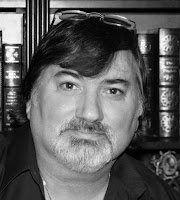 Tj O’CONNOR IS THE GOLD MEDAL WINNER OF THE 2015 INDEPENDENT PUBLISHERS BOOK AWARDS FOR MYSTERIES. He is the author of Dying to Know and Dying for the Past, available in bookstores and e-books from Midnight Ink. His third paranormal mystery, DYING TO TELL, will be released January 2016. He is currently working on a traditional mystery and a new thriller. Tj is an international security consultant specializing in anti-terrorism, investigations, and threat analysis—life experiences that drive his novels. With his former life as a government agent and years as a consultant, he has lived and worked around the world in places like Greece, Turkey, Italy, Germany, the United Kingdom, and throughout the Americas—among others. He was raised in New York’s Hudson Valley and lives with his wife and Lab companions in Virginia where they raised five children. Dying to Know is also a Foreword Review’s 2014 INDIEFAB Book of the Year Award finalist.
Learn about Tj’s world at:
Web Site:  www.tjoconnor.com